Steve is involved with all aspects of the firm’s operations including developing and maintaining relationships with investors and investment intermediaries, and the firm’s strategic planning efforts. Prior to co-founding Resilience Capital Partners in 2001, Steve executed transactions in several basic industries at Merrill Lynch & Company.

An alumnus of the University of Maryland, Steve also received an MBA from the Weatherhead School of Management at Case Western Reserve. Continuing education has also included Harvard Executive Business School Programs and Witts University Business School in South Africa. He is a member of many professional organizations, including the Ohio Chapter of the Turnaround Management Association and the Cleveland chapter of the Young Presidents Organization. Steve also serves on the boards of directors of several companies including the Park-Ohio Holdings Corp. and Hickok Inc.

Active in civic and community life, Steve founded The Pathways to Resilience Vocational Program with the Boys and Girls Club. Steve also has served as the chairman of the Cleveland Jewish Community PresenTense Fellowship Steering Committee and in a leadership capacity with the Cleveland Clinic Heart Center and University Hospitals Cancer Center and the Milken Institute. He has been involved in public affairs, assisting Ohio legislators with developing the concept of a state-administered small business working capital loan program.

Steve also is an occasional commentator on the private equity industry and its investing strategies and practices, having appeared in such media outlets as Fox Business News, Buyouts and The Deal and on Bloomberg Television’s Money Moves and CNBC’s Power Lunch. 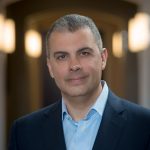