He has extensive experience sourcing, structuring, executing, managing and exiting a broad spectrum of portfolio companies.

Before joining Resilience, Dave was a Partner at Edgewater Capital in Cleveland, where he was responsible for origination, negotiation and closure of several middle market acquisitions. Prior to that, he was Managing Director and co-Head of the Fund Manager of Candlewood Partners, LLC.

Dave also served as a General Partner with Sedgewick Venture Capital, a small middle market private equity fund focused on opportunistic investments in Cleveland; and as a Senior Vice President of The LCP Group in New York.

Prior to private investing, Dave was Associate Director with the Principal Activities Group at Bear Stearns in New York. Before that, he worked in corporate finance for the firm’s offices in New York, Los Angeles and London, where he was engaged in all aspects of public debt and equity transactions.

Dave has served on the boards of numerous private and public companies. He is currently on the board of several non-profit entities, including certain institutes of the Cleveland Clinic.

He graduated from Washington & Jefferson College with a BA in Political Science, and earned his MBA from the University of Southern California. 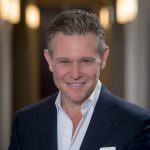 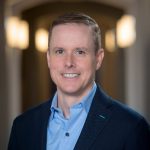