Mr. Wurzburger currently serves as the Chief Executive Officer of The Waddington Group. He joined Waddington North America in 2014 as President, and was promoted to President and CEO of the Waddington Group in 2016. He has over twenty years of experience in executive leadership with roles in a variety of companies and markets – both in business-to-business and business-to-consumer industries. Prior to joining The Waddington Group, Mr. Wurzburger was President of Performance Fibers Corporation, one of the world’s leading producers of industrial polyester fibers and fabrics. Prior experience includes 21 years with Avery Dennison, an international leader in pressure-sensitive functional materials and labeling solutions, where he held positions as VP/GM, Latin America and VP/GM Fasson Roll North America. Mr. Wurzburger is a graduate of Cornell University and received his MBA from Johns Hopkins University. 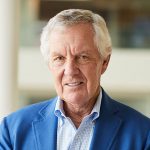 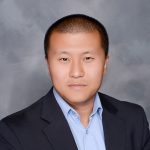