Ulf joined the firm in 2007 when the company he was the President & CEO of (Penda Corporation) was acquired by Resilience. He continued to lead Penda until 2011. He is currently serving on the board of directors for Trialon Corporation.

Ulf has over 30 years of experience in a variety of industries. He has a successful track record in M&A, operational restructuring, strategy development, building executive teams, and applying management principles including Six Sigma, lean manufacturing, theory of constraints, value based management and integrated supply chain principles.

In his previous role as President & CEO of Penda, he led the repositioning of the company to the leading automotive components supplier. He was instrumental in the divestiture of two non-core subsidiaries and the merger with Penda’s largest competitor, Durakon Industries in 2009. Prior to joining Penda, Ulf worked at Dow Chemical in Germany, Switzerland and the USA. He held various senior-level positions during his 20-year career with Dow, and gained extensive experience in managing business operations in North America, Europe and Asia.

As part of his global responsibility, he served on the Board of Directors for Sumitomo-Dow Limited, Japan; and LG-Dow, Korea. Ulf holds a Bachelor of Mechanical Engineering degree from the University of Bremen, Germany, and an MBA from the City University of Zurich, Switzerland. 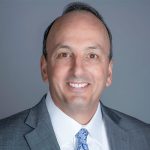 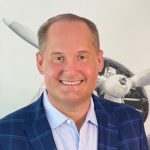